Industrial capitalism emerged together with the mass exploitation of fossil fuels during the Eighteenth Century. Over the next century it became increasingly apparent that accelerating processes of expansion and extraction threatened many habitats, or even the whole planet.

Green Romantic anti-capitalism was an outcome of such processes. The negative social and environmental consequences of industrial capitalism both prompted a reconsideration of the human relationship with the natural environment and changed attitudes towards other species. Many Romantic writings encouraged appreciation and respect for ‘nature’, understanding that the health and abundance of the living world determines human wellbeing and resilience.

This talk will share some examples of representative writing from 1750-1900, on topics such as great apes, enclosure, seaweed collecting and air pollution. It will conclude by considering the ongoing significance of Green Romanticism for the present day. 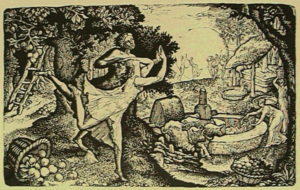