We face the greatest crisis in the history of humanity. Economic depression, imperialist war, climate catastrophe, and grotesque social inequalities threaten to tear the world apart. What is to be done? The lesson of history is that human beings make their own history.

Launching his new book, A Marxist History of the World: from Neanderthals to Neoliberals, archaeologist and historian Neil Faulkner argues that history is open and contested. It is an active process of creation in which different futures are possible. It depends on what we do.

Powered by the interaction of technological change, wars between rulers, and class struggle from below, history is a constant struggle for control over society’s wealth. For 5,000 years, that wealth has served greed and war. Now, in the great crisis of the early 21st century, we must act to create a different future.

The meeting will include plenty of time for questions and discussion. All welcome. Join us.

Described by The Guardian as ‘enlightening and apocalyptic in equal measure’, Dr Neil Faulkner is a research fellow at Bristol University, a revolutionary socialist activist, and the author of numerous books, including Rome: Empire of the eagles (2008). He was a lead consultant and contributor to Sky Atlantic’s The British. 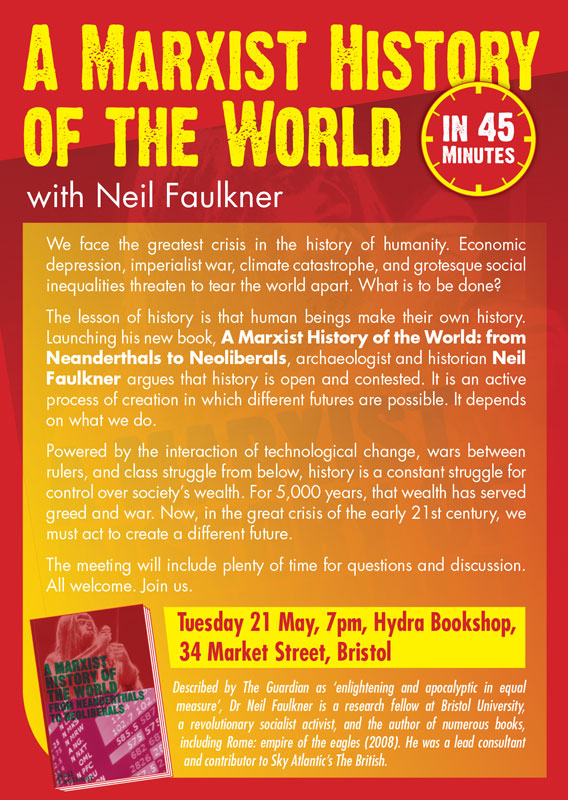