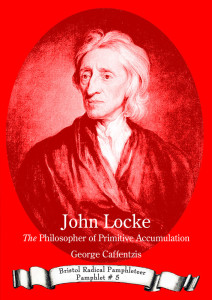 John Locke is the most famous philosopher born and raised in the vicinity of Bristol. He born in Wrington, Somerset about 12 miles from Bristol on August 29, 1632 and he was brought up in the market town of Pensford, about seven miles south of Bristol. Locke is also not only the main intellectual founder of liberalism, but also of neoliberalism, the “ruling idea” of the ruling class of today. George Caffentzis is associate professor in the Department of Philosophy, University of Southern Maine, […]
Read More »
This website uses cookies for comments, shopping and to gather stats for our geeky pleasure. Read More Accept Reject
Privacy Policy