Scenes from the Life of Poet and War Casualty: FW Harvey The poet FW Harvey (1886-1957) spent the last thirty years of his life in Yorkley in the Forest of Dean. I was brought up in the Forest of Dean and was always taught that Harvey was our very own war poet and First World War hero who won a medal for “conspicuous gallantry” which included killing a number of German soldiers at close quarters. However this book is about Harvey the man, who was both human and flawed. The book challenges some […]
Read More » 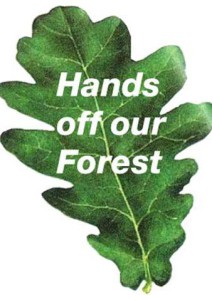 From Bristol with Love
Two good interviews. First one is an interview with Noel in 2011 just after the August Riots. He talks about his involvement in the Hartcliffe Riots, 1981 Riots and football hooliganism. The second is an interview with Dean Forest from the Forest of Dean. He talks about local history, 'Who killed the Bears?', Hands Off Our Forest, Squatting, the Wilderness Centre and much more.
Read More »

The Forest Of Dean - Meet at Hopewell Colliery, Speech House Rd., Coleford. Come with us on a Bank Holiday day trip to the historic Forest of Dean. Ian Wright, who was brought up the forest, will talk about the life and times of the Warren James. In the early 19th century James became a spokesman for the foresters in their struggle to protect their traditional way of life from the imposition of enclosures and industrial capitalism. The forest riots of 1831 led to Warren's arrest and […]
Read More »

Two of the most common types of popular disorders in late Tudor and early Stuart England were the food riots and the anti-enclosure riots in royal forests. Of particular interest are the forest riots known collectively as the Western Rising of 1626-1632, and the lesser known disorders in the Western forests which took place during the English Civil War. The central aims of this volume are to establish the social status of the people who engaged in those riots and to determine the social and […]
Read More »
This website uses cookies for comments, shopping and to gather stats for our geeky pleasure. Read More Accept Reject
Privacy Policy