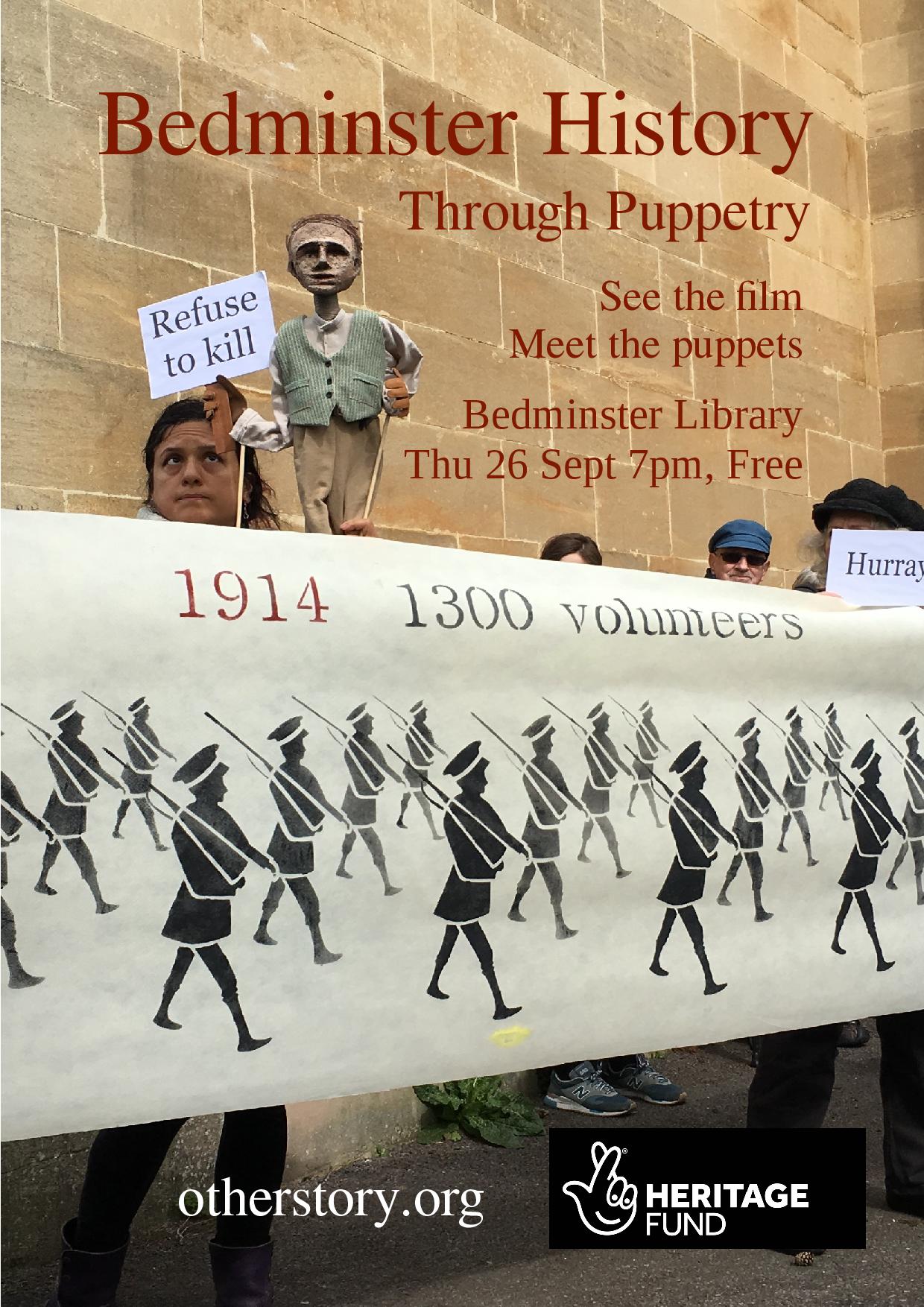 Bedminster Library, 4 Bedminster Parade, Bristol BS3 4AQ
Earlier this year, a group of local people worked with Otherstory and Remembering the Real WW1 to discover untold stories of Bedminster people in the First World War.  Together we created Steps Against War, a history walk with puppets to tell these stories:

The 40 Bedminster men who refused to fight: who went to jail, or who took to the hills; the local detective always on their tracks; the women running networks of resistance – and the secret hideaway at the heart of Cannon Street…

Come and see a short documentary film about the walk, meet some of the participants, and watch a few of the puppet performances.  Free entry.

The film of Steps Against War is by Pru Fowler and Ben Edwards.

We’re delighted to be holding this event at Bedminster Library, where many of our early discoveries were made, with the support of library staff.