This article was published in The Regional Historian, published by The Regional History Centre at the University of the West of England. 'Holy, Holy, Holy, Hosannah!', 'Prince of Peace!', 'Fairest of Ten Thousand!' shouted the mob of ranting women as they whipped their willow boughs through the air. They surrounded the serene figure of a silent man riding a hobbyhorse up Corn St. in Bristol City centre. Marching behind them, chanting 'England's Freedom! Soldier's Rights!', came a troop of New […]
Read More » 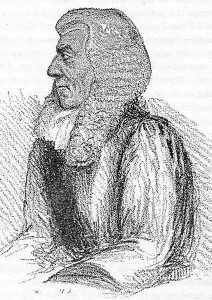 Taken from Bristol Past and Present by J. F. Nicholls and John Taylor, published in 1882 The Bristol bridge riots of 1793 form another blot on the escutcheon of the city. Some persons in authority appear to have blundered in their calculations, and sought to stretch an Act of Parliament so as to make it cover the error, and then, with a wrong-headedness which it is lamentable to contemplate, resorted to force in order to accomplish their end. The Act authorised the Bridge commissioners to […]
Read More »