Captain Swing Reconsidered: forty years of rural history from below
Our friend Steve Poole from UWE is involved in organising the following event: A Southern History Society Conference University of Reading, UK March 21st 2009 The anniversary this year of E. J. Hobsbawm and George Rudé's Captain Swing offers a timely opportunity to reflect upon the development of rural histories from below over the last four decades. Please see full programme details and booking form at
Read More »

Some Forthcomming Events
The Bristol Wirelss Pirate Radio Talk Bristol Wireless will be hosting a fascinating talk on UK Pirate Radio in the 1960's and 70's on Wednesday 14th Jan at 8pm in The Zoo Bar, St Werburghs Community Center. Our Treasurer Julien Weston will be talking of how and why the pirate stations came about, their fascinating and ongoing conflict with the UK government and the draconian measures the government eventually took to get the North Sea broadcasters off the air once and for all. The talk will […]
Read More »

Pucklechurch Walk Audio
The audio for Gayle Boyle's walk through Pucklechurch has been added to the archives. Find it here.
Read More »

Seven Stars Plaque Video
Bristol Radical History Group are currently raising money to pay for a new plaque on the Seven Stars Pub in Redcliffe. The Seven Stars is a landmark in the abolition of slavery and where Thomas Clarkson began his research into the conditions on transatlantic slave ships. The fund raising has reached a point where Mike Baker has been able to start work on the mould. Alex Milne went down to Mike's workshop and interviewed Mike as he worked. Find out more about the Seven Stars Plaque. To see this […]
Read More »

Off With Their Heads Audio & Video Files
The audio and video files for Bristol Radical History Week 2008 have been added to the site. Audio Some of these audio files leave a little to be desired because of the poor acoustics in one of the venues. Lucio Urtubia -from 'Bank Robbing Is An Honour For Me' Collin Thomas -from Regicide And The English Revolution Geoffrey Robertson - from Regicide And The English Revolution Matt Carr - from Political Assassins Phil Ruff - from Political Assassins Ian Heywood -from Specters Of Violence Steve […]
Read More » 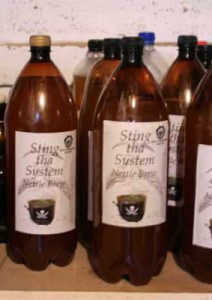 New Pamphlets
Four new Bristol Radical History Pamphleteer pamphlets are being launched at Off With Their Heads. They are: The Bristol Manifesto - The 2008 G8 In Hokkaido: Strategic Assessment, by The Emergency Exit Collective John Locke - The Philosopher of Primitive Accumulation, by George Caffentzis The Life And Times Of Warren James - Free Miner In The Forest Of Dean, by Ian Wright 'Race war' - Black American GIs in Bristol and Gloucestershire During World War II To see more details of these pamphlets and […]
Read More »

An Audience With Lucio Urtubia
‘Robbing Banks Is An Honour For Me' As a tasty hors d'oeuvre to Bristol Radical History Week 2008 we are extremely pleased to present Lucio Urtubia, anarchist, bank robber, forger, fugitive and above all bricklayer. We will also be showing the biopic/documentary Lucio. Monday 20th October, 7:30pm at The Cube. Click here for full details of this event.
Read More »
This website uses cookies for comments, shopping and to gather stats for our geeky pleasure. Read More Accept Reject
Privacy Policy
Necessary Always Enabled