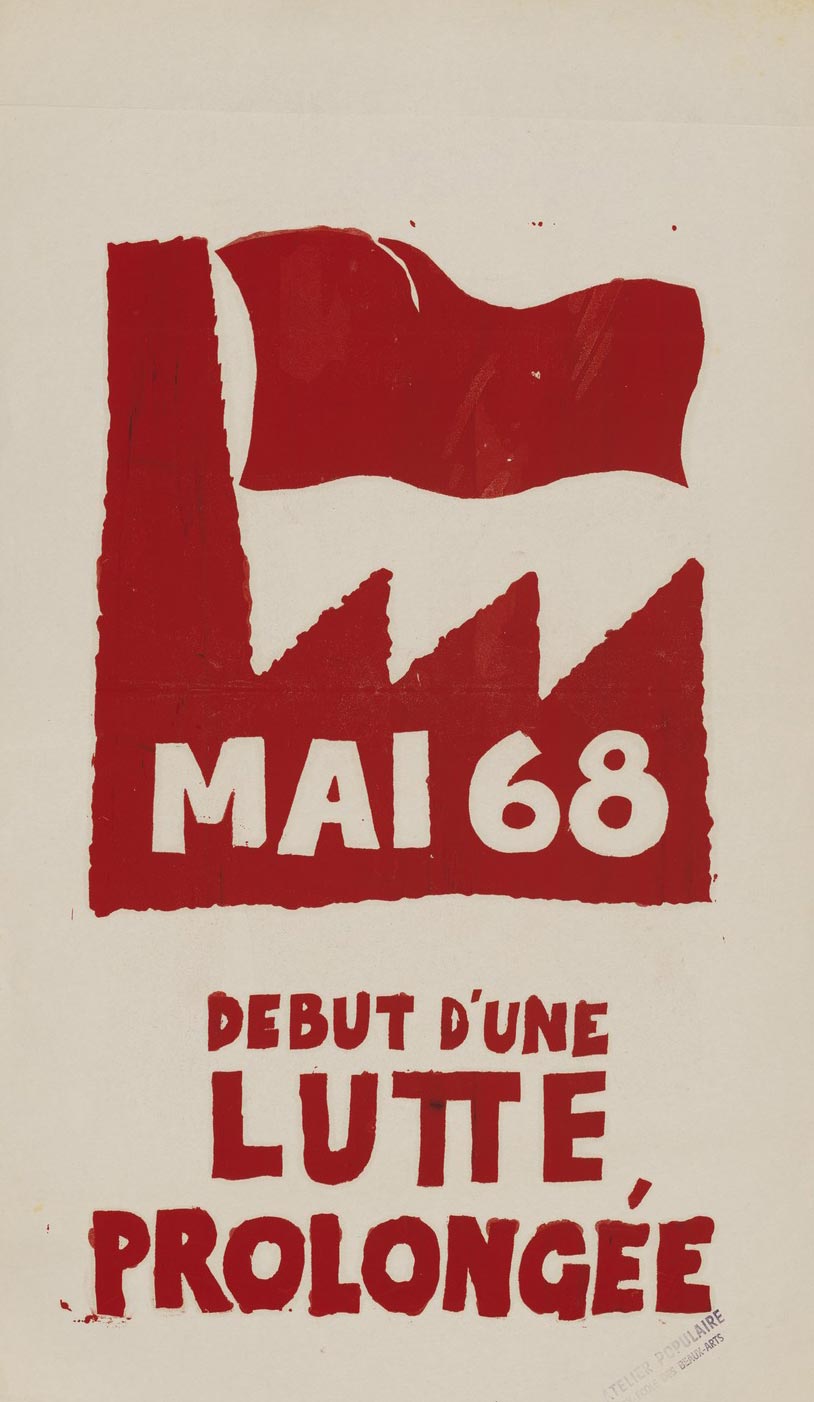 In May 68, visual culture was deployed as a form of radical protest, not just in the Parisian Atelier Populaire where students and faculty staff took over the Ecole des Beaux Arts, putting print on the map as a tool of global resistance movements, but around the globe from Italy to Mexico, from Japan to the United Kingdom, from the United States to Yugoslavia. These were “weapons in the service of the struggle… an inseparable part of it. Their rightful place is in the centres of conflict, that is to say, in the streets and on the walls of the factories.” Inspired by Interference Archives exhibition, this is a chance to make your own radical banner, poster of protest, image of insurrection, or object of beauty in our open banner-making workshop, with bread, print and roses.