We’re taking you back to the 70s with a night of music from across the decade. 1970 may have seen the passing of Jimmi Hendrix and the disbanding of the Beatles but this decade saw the birth of new genres which were integral to fashions, the party and the political scene at the time.

Punk Rock’s anti-establishment and DIY ethic moved away from previous trends of the 60s, to create, as Tommy Ramone described “some pure, stripped down, no bullshit rock ‘n’ roll” and played a big part in the Punk movement. In a society embracing greater sexual liberation, glam rock and disco moved away from the dominiering main stream rock music and gave an out let for greater freedom of expression.

All that aside, there were some bloody good tunes and we’re going to relive them partying into the night. With glitter, flares and ridiculous glasses with a Disco and Glam set from DJ Pretty Boy to Punk, Ska and Skin from DJ Dabble. 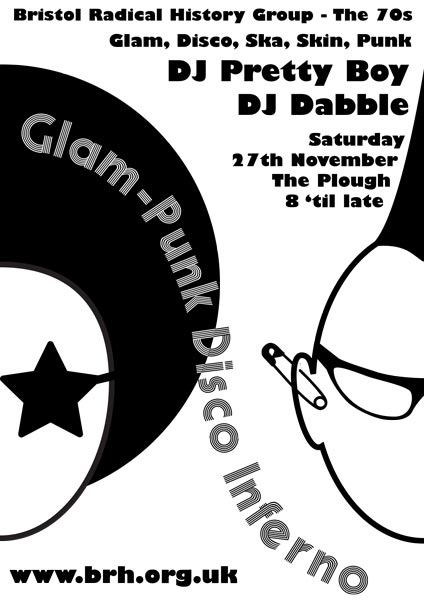