John Barker discusses his upcoming release ‘Futures’, a novel set in 1987 London. Barker will be reading from the text and discussing the finance industry, Thatchers’ Britain, the world of drugs and organised crime and the various links to the City of London. More details can be found on PM Press’ website. 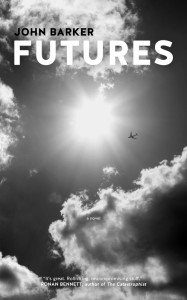 John Barker was born in London in 1948. In 1972 he was convicted of conspiring to cause explosions in what was called the Angry Brigade trial. He served a ten-year prison sentence and is the author of Bending the Bars, a memoir of his prison time. He worked as a dustman and welder before being implicated in a conspiracy to import cannabis in 1986. In 1990 he was finally arrested and served a five-year sentence. Since then he has worked as writer and book indexer.