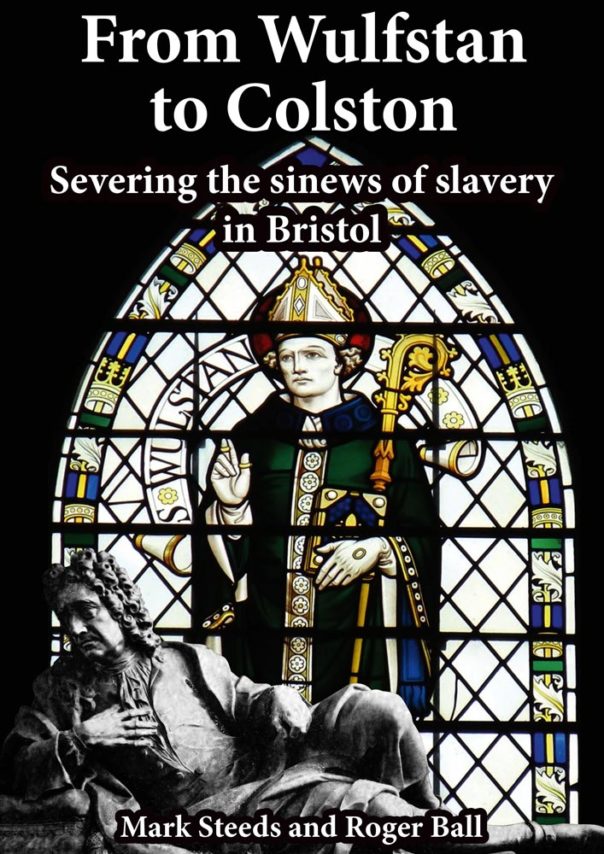 Note: this is an online event organised by M Shed. Registration and booking is required via their website.

Published a few days before the fall of Edward Colston’s statue in June 2020, From Wulftsan to Colston traces a thousand-year history of the involvement in slavery of Bristol’s merchants, from Anglo-Saxon times through the era of exploration and colonisation to the transatlantic slave trade and the plantation system of the Americas. During this period, Bristol’s merchant elite seized economic and political power, making slave-trader Edward Colston an icon and shaping the city’s present-day historical memory of slavery.

Throughout the millennium, determined opposition to slavery ranged from revolts and revolutions by the enslaved to struggles for abolition in Britain. Bristol’s first abolitionist, Saint Wulfstan in the eleventh century, was followed by networks of religious and political activists who led popular and successful campaigns.

‘A matter of speculation?’: Edward Colston and the transatlantic slave trade – Roger Ball

In 2014 the Bishop of Bristol preaching to school students in the Cathedral claimed that ‘speculation’ about the ‘business roots’ of the city’s icon Edward Colston, was merely ‘speculation’. These incendiary words inspired new investigations into Colston’s ‘business roots’ and led to the formation of the campaigning group Countering-Colston. This talk addresses the lack of clarity in Edward Colston’s involvement in the ‘vile trade’ by examining his leading role in the Royal African Company and reveals some recent research into his later participation in the Spanish slave-trade.

‘To Keep his Memory Green’: The reinvention of Edward Colston in the late Nineteenth Century – Spencer Jordan

In the second half of the nineteenth century the image of Edward Colston underwent a dramatic transformation. From a rather marginal figure, he was suddenly reshaped into something that was quite new for Bristol – a totemic figurehead for the city’s growing population. This talk not only looks at why this happened at this time but also the deeper forces at play across the city’s political and economic landscape.

In the mid-nineteenth century Bristol’s abolitionists took great interest in the plight of the enslaved in the United States. Some of the greatest American abolitionists visited the ‘Metropolis of the West’ and were hosted by the city’s unsung abolition heroes. The visitors gave talks and interviews that inspired Bristolians to help fund their campaigning in America. Notable amongst the guests were Samuel May Jr, Willliam Lloyd Garrison and African Americans Frederick Douglass, William Wells Brown and the sensational married couple of William and Ellen Craft. This talk will examine the impact of these visits and explore the sometimes emotional responses of ‘ordinary’ Bristolians to the plight of the nearly three million enslaved African-Americans.