There were three main phases of extension to the male franchise in the 19th Century. The '‘Great Reform' of 1832 was preceded by a period of intense unrest in Western Europe. Roger Ball considers the impact these various social and political movements had upon the British ruling class and the first extension of the franchise. Dave Cullum analyses the popular pressure which led to the later Reform Acts of 1867 and 1884. Roger Ball is an Easton Cowboy and a West Ham United fan. He has bored his […]
Read More » 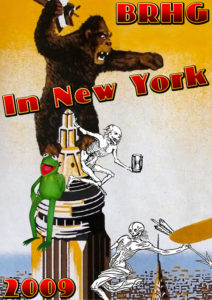 Nanoplex brings you a workshop extraordinaire! Children (5+) are invited to interact with works of art and connect to historical events from Bristol's past. Using b/w copies of sketches by Bristol colourist W.J.Muller (1812-45) of the 1831 Bristol riots, the children will help bring to life segments that will be filmed/animated and put together to make up the original like a giant multicolored jigsaw.
Read More »

Revolt of the Unemployed : Bread or Batons in Bristol c. 1932. As unemployment topped 3 million and the Labour government collapsed, benefit cuts and the means test sparked unrest across the country. In 1932 Bristol was briefly at the forefront of the protests which rocked the country. The mass demonstrations met brutal repression including police ambushes and the arrest of key activists. This will discuss the character of the movement, tracing its roots back to the ex-servicemen's protests of […]
Read More »

The Watchman: Coleridge, Beddoes and the radical 1790s in Bristol - Mike Jay During 1795-6, Bristol's popular protests against Pitt's 'Reign of Terror' were led by two remarkable figures, both recent arrivals in the city: the radical doctor Thomas Beddoes and the young lecturer and poet Samuel Taylor Coleridge. Together they campaigned against the government's crackdown on free speech and public assembly, and collaborated on The Watchman, a journal which risked prosecutions for sedition by […]
Read More »

Generously, Bristol Museum allowed a special viewing of a series of paintings, water colours and engravings depicting the 1831 Queens Square uprisings and their aftermath. Artists such as William James Müller (1812-1845) and J. B. Pyne were present at the events and recorded them for your viewing pleasure. Sheena Stoddard the Curator of Fine Art and an expert on Bristol painters also gave a talk about the paintings.
Read More »