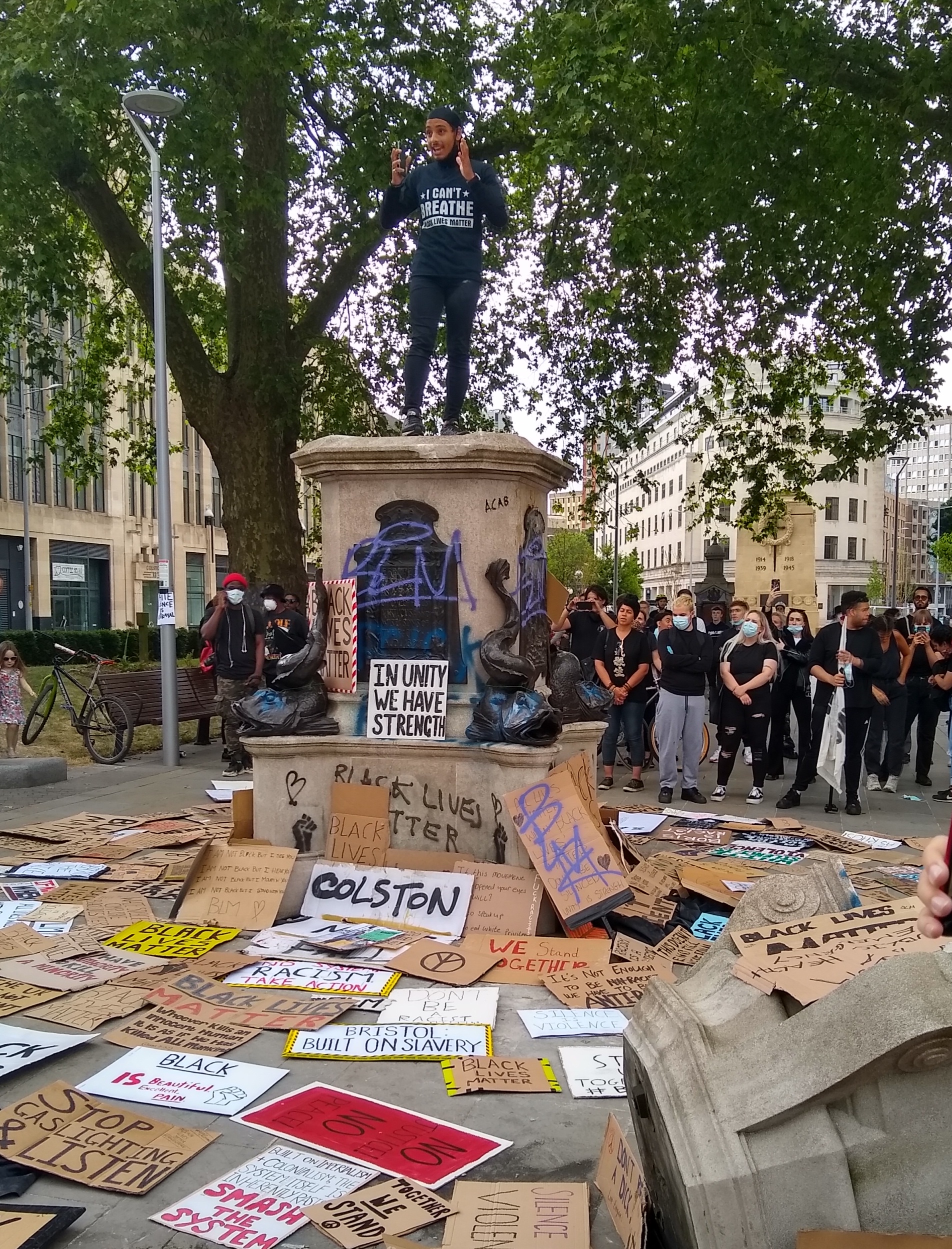 On 4th August Bristol Radical History Group sent a letter supported by the Remembering the Real World War One history group and Countering-Colston to the Mayor’s office concerning the Bristol History Commission (HC) which was set up by the elected Mayor Marvin Rees in response to the statue of Edward Colston being pulled down on 7th June. In the interests of transparency in the public domain and in the light of other recently failed projects the letter asked the Mayor for systematic answers to the following questions:

On 18th August the Mayor responded with this e-mail:

Thank you for your email.

There seems to be some misunderstanding around the premise of your questions.  This is a commission launched by myself that will report action points to me and of which we will find a mechanism for a wider report to the city.

I will determine how to engage the city with recommendations and actions and final decisions will be taken in the existing democratic processes.

I have asked several prominent historians to bring the commission together and there has been two preliminary meetings of a group of historians and academics.  I am in the process of appointing a Chair.

The terms of reference are being agreed with the founding group and the key objectives were specified by me as:

To help Bristol rediscover and understand our history, how that history led to us to becoming the city we are, so we are better equipped to decide who we want to become. Bristol’s story is made up of a dynamic interplay of class, race and gender, ambition, internationalism and the struggles for equality. Our history includes the growth of education, the struggles of workers for better pay and working conditions, and Chartists and suffragettes campaigning for emancipation. Our story includes wars, protests, slavery and freedom and migration. Crucial to our heritage has been the harbour and the docks, manufacturing and industry, research and innovation, transport, slum clearances, housing, gentrification and faith. It’s a story of complexity where we live with difference. It’s a story of contradiction where the city is in constant change but people experience the change differently.

The legacy commission continues with its agreed aims.

The commission will engage with all interested parties, and I am sure the BRHG will be one.

A few things that are apparent from this largely unsatisfactory answer is that the History Commission is Marvin’s committee, it is has been selected undemocratically and without transparency and its recommendations are subject to his decision, and his alone, before entering the “existing democratic process”.

Consequently, after discussion BRHG resent the original letter on 24th September with this e-mail:

We are acknowledging your response by email on 18th August, 2020 to our letter dated 3rd August, 2020 which is attached.

In the interests of transparency in the public domain it would be very much appreciated if you could systematically answer the questions that we listed in our original letter. We understand that you may not be able to answer all the questions in which case a simple ‘Don’t Know’ would be acceptable.

Please do not direct us to press releases or other material.

Since then some further details about the History Commission have been given in a press release, but BRHG await a systematic response to our questions.

So why are BRHG asking these questions (again)?

By way of example, the decades of failure and missed opportunities by Bristol City Council to address and act concretely in memorialising the 500,000 enslaved Africans who were transported on Bristol ships as part of the transatlantic slave trade has demonstrated the need for acute public scrutiny over the remit, budget, structure and composition of bodies such as the HC.

The HC was clearly a result of the statue of Edward Colston being pulled down. This event put Bristol and the Mayor on the world stage, but also led to the media from outside Bristol asking some awkward questions…like…why had nothing been done about the statue before it was pulled down and where was the memorial to remember the victims of the slave-trade?  The HC looks like a knee-jerk reaction by the Mayor to his years of, in his own words, purposefully ‘ignoring the Colston protests’ and the demands for a memorial.

As such there is a great danger of the HC becoming an academic talking shop, a high-profile position for status-seeking academics to help build a career or a useful device for deflecting criticism from BCC and the Mayor for failing to act (again). Already, from what little we know, the HC’s remit appears very wide, both in scope and time, and any recommendations are, we are told, at least two years away. So it is vital that we get straight-forward answers from the Mayor and that we continue to scrutinise the HC in the interests of public transparency.

Finally, it is very important to remind ourselves that the HC would not exist without the actions of those courageous protestors who pulled the statue down. At least four are now facing potential court-cases, others are still being sought by the police and another five were coerced by a weird, politicised legal response which has connected cautions and conditional discharges with writing essays and questionnaires to the HC. This might seem trivial but it is a dangerous precedent. We might ask some another questions, how much did the HC know about this development, and do they agree with it?

There are other criticisms of the branding, composition, timescales, exclusions etc concerning the History Commission, but for the time being BRHG will await some clear, systematic answers from the Mayor to all our original questions. After all, as he states clearly, he is  in charge of all this and thus ultimately bears the responsibility.