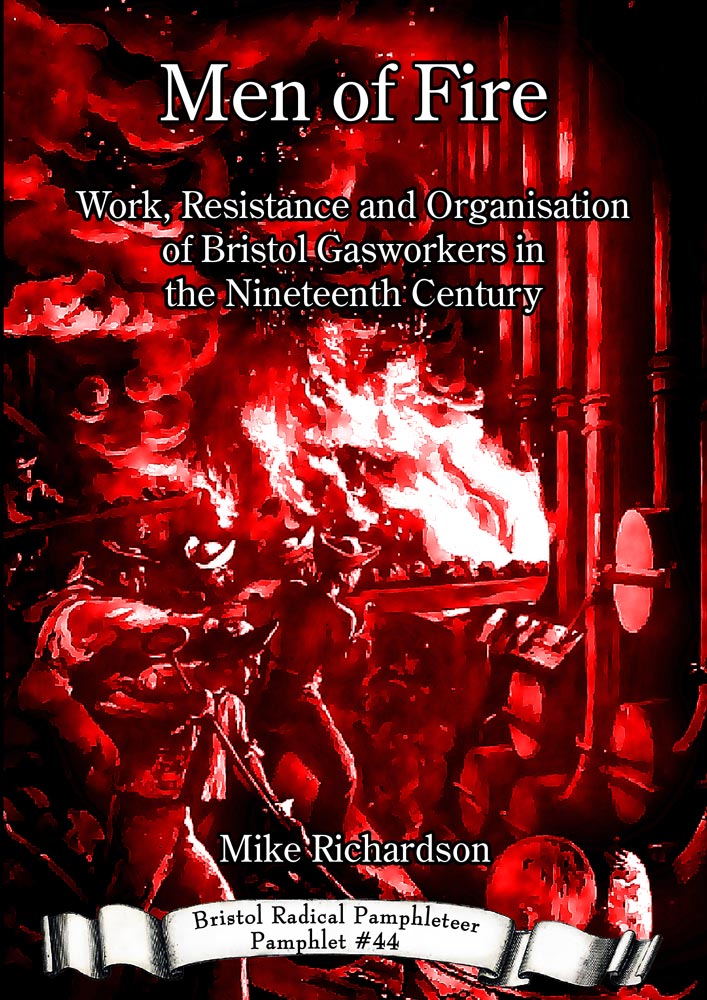 For Christmas 2019 I bought my father a copy of BRHG’s pamphlet ‘Men of Fire -Work, Resistance and Organisation of Bristol Gasworkers in the Nineteenth Century’.

Since his retirement he has been researching family history and I remembered that there was an ancestor who worked as a gas stoker in Bristol. We assumed Eastville as, in his youth, my father supported Bristol Rovers and we didn’t know there were two other coal gas production sites in Bristol.

After both reading ‘Men of Fire’ we agreed that from the census records he was most likely to have been employed at Avon Street works. In 1891 he is listed as having the occupation ‘Gas Stoker’ and previously (1881) ‘Mason’s Clerk’. In line with the authors’ analysis by 1901 he is a lowly ‘labourer’ at the gas works.

My 3* great grandfather was born during the Irish famine. Surviving this he eventually fled to Bristol with his wife and in laws after many hundreds of thousands of acres of land were converted for profit from arable to pasture and so homelessness and starvation loomed again in the early 1860’s.

‘…Ireland is at present only an agricultural district of England, marked off by a wide channel from the country to which it yields corn, wool, cattle, industrial and military recruits’.

So wrote Marx at the time.

As a Trade Union shop steward I’ve been massively emboldened by the revelation that my ancestor, very likely, participated in the 1889 strike.