The History Workshop movement was a grassroots coalition of radical-academic, feminist, amateur and labour historians, which was founded at Ruskin College in the late 1960s under the guidance of the Marxist historian Raphael Samuel. This talk will explore the origins, development and eventual decline of the movement, with particular interest paid to the social composition of the movement, the different forms of “doing history” it pioneered, and the connections it established with similar movements abroad. It ends with a discussion of the continuing relevance of History Workshop and the prospects for democratic and radical approaches to historical practice today. [Ian Gwinn] 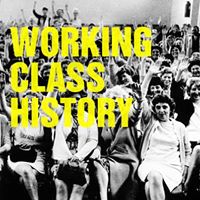 Working Class History is a dynamic web and social media project. This talk will give a short introduction to the project and how it has grown to become a popular internet resource. It will also be looking at plans for the future, how to further propagate the history of collective struggles to a wide, and particularly younger audience. [John Lasdun]