The Real Pirates Of The Caribbean – Marcus Rediker

Professor of History at the University of Pittsburgh (USA) and the author of The Many Headed Hydra: Sailors, Slaves, Commoners and the Hidden History of the Revolutionary Atlantic, Between the Devil and the Deep Blue Sea : Merchant Seamen, Pirates and the Anglo-American Maritime World, 1700-1750, Villains of All Nations: Atlantic Pirates in the Golden Age and this year The Slave Ship: A Human History.

Marcus Rediker explores the ‘Golden Age’ of Caribbean piracy and the infamous generation whose images underlie our modern, romanticized view of pirates. He will focus on the high seas drama of the years 1716-1726, which featured the dreaded black flag, the Jolly Roger; swashbuckling Bristolians such as Edward Teach, better known as Blackbeard; and the unnamed pegleg who was probably Robert Louis Stevenson’s model for Long John Silver. His examination of the social and cultural history of pirates proves that the real lives of this motley crew – which included cross-dressing women, people of colour, and the ‘outcasts of all nations’ – are far more compelling than contemporary myth. Pirates challenged and subverted prevailing conventions of race, class, gender, and nation, posing a radical democratic challenge to the society they left behind. They dared to play the rebellious villain on a floating international stage. The authorities hanged them for it, but the pirates triumphed in the end, winning the battle for the popular imagination in their own day and in ours.

An Empire Of Thieves: Sussex Smuggling And Atlantic Piracy In The Early Eighteenth Centur -Niklas Frykman

Ph.D. student in the History Department at the University of Pittsburgh (USA). Currently researching a dissertation entitled The Wooden World Turned Upside Down: Naval Mutinies in the Age of Atlantic Revolution. Those who attended Radical History Week 2006 will remember Niklas’ excellent talk on the mutiny on the Hermione.

After having guaranteed the continued profitability of the Atlantic slave and sugar trades with the destruction of piracy in the 1720s, the British government secured the survival of the East India Company’s tea trade by going to war against the smuggling communities of the southern maritime counties in the 1740s. In both cases, well-armed gangs of dispossessed commoners had evolved to become serious threats to the economic expansion of the British Empire. In both cases, they had developed remarkable and remarkably similar forms of egalitarian self-organization. And in both cases, the British state unleashed a reign of terror that left dozens dead, dangling in gibbets on beaches around the Atlantic. By tracing the development of the British imperial economy in the first half of the eighteenth century, this paper will explore the reasons behind the appearance of these gangs, as well as those for their inordinately violent suppression soon afterwards. 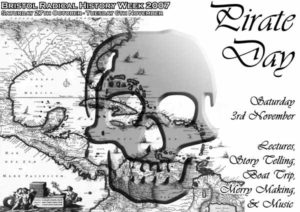 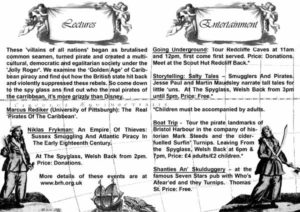 If you see this text the video has failed to play. Please let us know by emailing brh@brh.org.uk.

Listen to these talks:
Marcus Reikar