Pilar Lopez’s performance about the Spanish Social Revolution of 1936 aims to draw inspiration from these amazing times, sharing the beauty and relevance of those events and making links with what’s currently happening in Spain.

In 1936, after a partially unsuccessful military coup and by popular demand, the libertarian unions took control of the organisation of society in many parts of Spain. In no time large portions of land and industry had been collectivised and belonged to the workers. This short-lived and fascinating revolution inspired the whole world …and can continue to inspire us as we walk our paths working for and dreaming of equality and justice.

From the birth of the M 15 movement (also known as the Indignad@s movement) in May 2011, and as a response to a massive social and economic crisis, large numbers of people have been, and are still, engaging in horizontal grassroots organising, committed to giving a voice to everyone and learning to use consensus decision making effectively. They have been engaging in creative direct action to challenge this oppressive system and bring solutions to increasingly urgent social problems such as the repossession of homes (which has been leading to suicides), 50% of youth unemployment ( and growing), loss of health care for immigrants and the poor, increasing poverty, attacks on reproductive rights and police brutality. The vibrancy and momentum of the movement is exciting and encouraging; solidarity grows as the crisis deepens. Many are not waiting around to get a job but engaging directly to bring change to their neighbourhoods and communities.

“Libres” is a historical presentation which includes a concert and a lecture, story-telling and beautiful folk songs written and sung in those days as well as some of Pilar’s own.

It covers the events of the Spanish Revolution, bringing together the music of the freedom fighters of the 1930s with images and poetry. 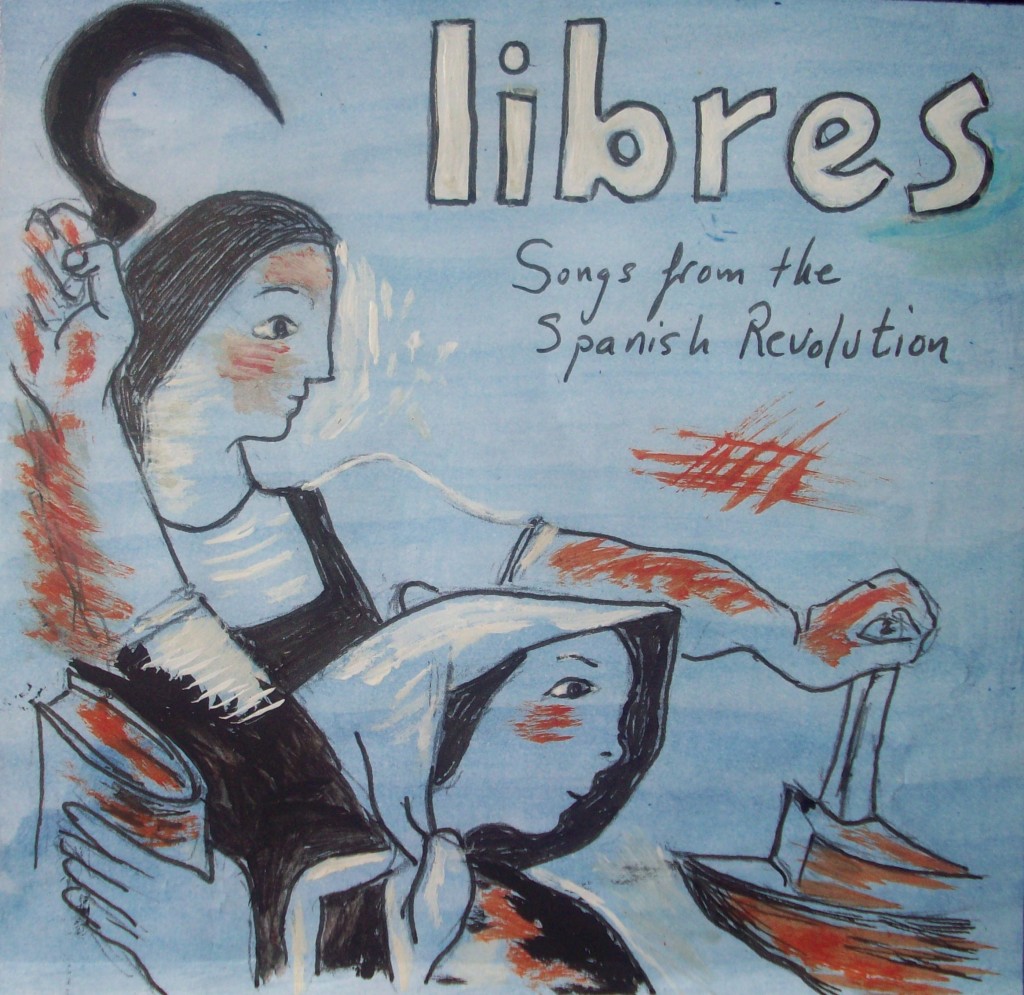