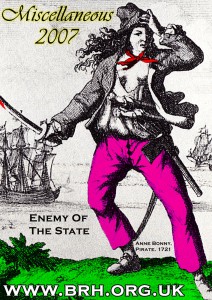 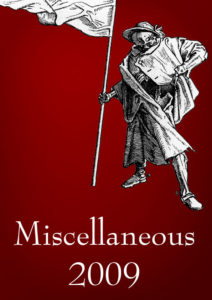 Speaker - Juan The Movement for Justice in El Barrio (MJB) was founded in New York by immigrants and low-income people of color fighting back against the effects of neo-liberalism and discrimination in all of its forms. The organisation operates on a commitment to the ideals of self-determination, autonomy and participatory democracy emphasizing their connection to the Zapatista’s ‘Other Campaign’. Driven by multi-national corporations and profit-seeking landlords and facilitated by city […]
Read More »

Economic globalisation, an increasingly intrusive State and the power of consumerism are conspiring to scour the colour, character, independence and eccentricity from all corners of the English landscape and replace them with shopping malls, second homes, clone towns and executive apartments. Join author Paul Kingsnorth for a tour around a nation, which is beginning to fight back against this erasure of its history and character. Listen to this talk: Download Paul Kindsnorth's talk (1hr 20mins, […]
Read More »

The Kett Rebellion was a sudden explosion of popular feeling against the enclosure policies of the Tudor government that swept through Norfolk in the summer of 1549. 20,000 people led by Robert Kett created a self-governing camp outside Norwich. It required two military expeditions from London to suppress the uprising. Listen to this talk: Download Peter Clark's talk (50mins, 8.8mb mp3 file)
Read More »

**Despite the recent fire Bristol Reference Library will re-open on April 14th and this event will be unaffected** The Commons And Enclosure Your chance to view primary source material related to the commons, enclosure and rebellion in the Bristol Room of the Central Reference Library. Hosted by our friends, the knowledgeable and helpful archivists Dawn Dyer and Jane Bradley Here is a list of the books that were on view: John Parkinson (1567–1650; buried 6 August 1650) was the last Laws and […]
Read More »
This website uses cookies for comments, shopping and to gather stats for our geeky pleasure. Read More Accept Reject
Privacy Policy
Necessary Always Enabled