Starts and leaves outside of the front of M Shed. Our first stop will be outside of the Merchant Venturers’ Almshouses (at the Broad Quay end of King Street), where the Merchant Venturers successfully petitioned for Bristol’s involvement in the ‘African Trade’ in 1698. We will cross Queen Square to Redcliffe Street and on to the Seven Stars. This will feature Abolitionists Thomas Clarkson, Wulfstan and the Quakers. On into Castle Park and Colston’s sugar refinery, past All Saints (where Edward […]
Read More » 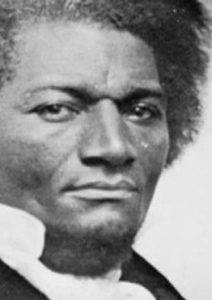 Thrilling account of the first grass-roots human rights campaign, which freed hundreds of thousands of slaves around the world. In 1787, twelve men gathered in a London printing shop to pursue a seemingly impossible goal: ending slavery in the largest empire on earth. Along the way, they would pioneer most of the tools citizen activists still rely on today, from wall posters and mass mailings to boycotts and lapel pins. This talented group combined a hatred of injustice with uncanny skill in […]
Read More »

Cry Freedom, Cry World Heritage Site In 1787 abolitionist Thomas Clarkson researched the slave trade with help from Landlord Thompson while staying at The Seven Stars public house in Bristol. This pamphlet looks at how the histories of the pub and the abolition movement are intertwined, and why it should be the first pub to have UNESCO World Heritage status. The Seven Stars public house is one of the most important buildings in the entire history of Bristol, if not the country. It stands as a […]
Read More »
This website uses cookies for comments, shopping and to gather stats for our geeky pleasure. Read More Accept Reject
Privacy Policy
Necessary Always Enabled