At the end of World War II, an almost bankrupt Britain was determined to reinstate the old areas of European power in the ‘Far East’ and held Vietnam and Indonesia until France and Holland could regain control. Shortly after, as Labour was building the ‘Welfare State’ at home, in Malaya, which had extensive tin mines and was producing over a third of the world’s natural rubber, our soldiers were fighting a counter-insurgency campaign to secure the country for British interests. In this undeclared war it was claimed that ‘our boys’ were ‘keeping the peace’ amidst ‘bandits’ and ‘commie terrorists’. In reality the conflict was harsh and severe with free-fire zones, shoot-to-kill squads, brutal prison camps and massacres. 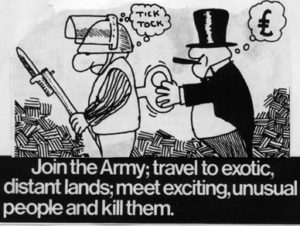